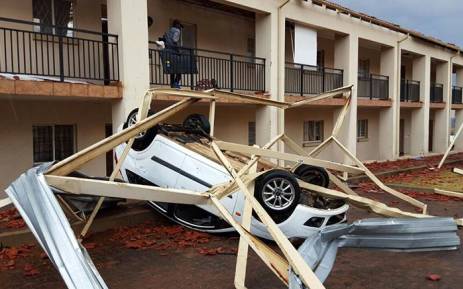 Insurance companies say motorists and homeowners should use this time to verify what they are covered for to avoid disappointment in the event of a disaster.

They say they’ve seen an exponential increase in claims since heavy rains lashed large parts of Gauteng on Monday.

The numbers are expected rise even further.

Momentum’s Vickey Swanevelder says the claims lodged with them in the past 24 hours have surpassed their weekly average.

Swanevelder says one of the problems they’ve encountered is that clients do not know exactly what they are covered for.

Outsurance, meanwhile says it is expecting and prepared to deal with the high volume of claims.

Clients have been encouraged to report any damage to their properties as soon as possible so they can be assisted timeously.